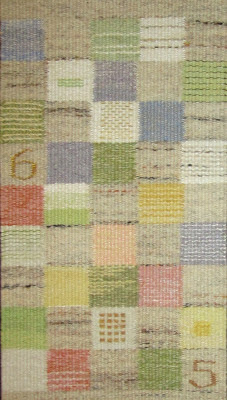 I finished the May/June section of the 2013 Tapestry Diary last week, and now I have to cut it off and rewarp the loom for the second half of the year. That feels like a real milestone, much more so than just living for 6 months.

The second half of the year has arrived, and I am excited about it.

The theme is subtlety, not something I consider my forte, and I have been trying to keep my colors very soft and the combinations low contrast. (I think this photo may be a bit darker and more contrasty than the real thing).

I have gradually added little changes, like stripes and shading. I am getting a bit bored now, so it's time to do something a little more different in July, but, although I have some ideas, I won't be sure what that is until I do it. That's the way it works, when I'm weaving the days, it's all about being in the moment. 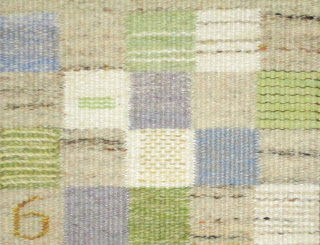 This year I am only weaving the diary 5 days a week. That seems reasonable since most people work a 5 day week, and that gives me a little leeway if I have to miss a day for some reason.

(On the right is the month of June, with a more accurate representation of the colors.) 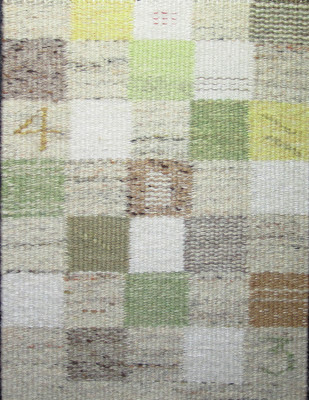 I am weaving in 2 month sections, and the first 2 sections were each 8 weeks, but then, surprise surprise, May/June was 9 weeks!


Once I thought about it I realized OF COURSE! Otherwise we'd only have 48 weeks in the year. I was a little worried that I would not have enough warp, but in the end I did.

Apparently I don't have photos of each full section, but here are some that were almost finished.

Above is most of March/April, and below is most of January/February. You can tell which month it is by the number.

(NOTE: click on an image to see it larger)

For more about my tapestry diaries: 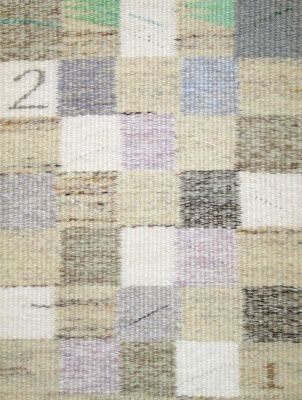 Here's a link to Tommye Scanlin's blog, where she writes about her 5 years of weaving tapestry diaries.

She introduced me to this idea, and got me started on this project, or perhaps it's more of a lifestyle!