I explained in my previous post about what this year's tapestry diary is all about. You can read about it here. 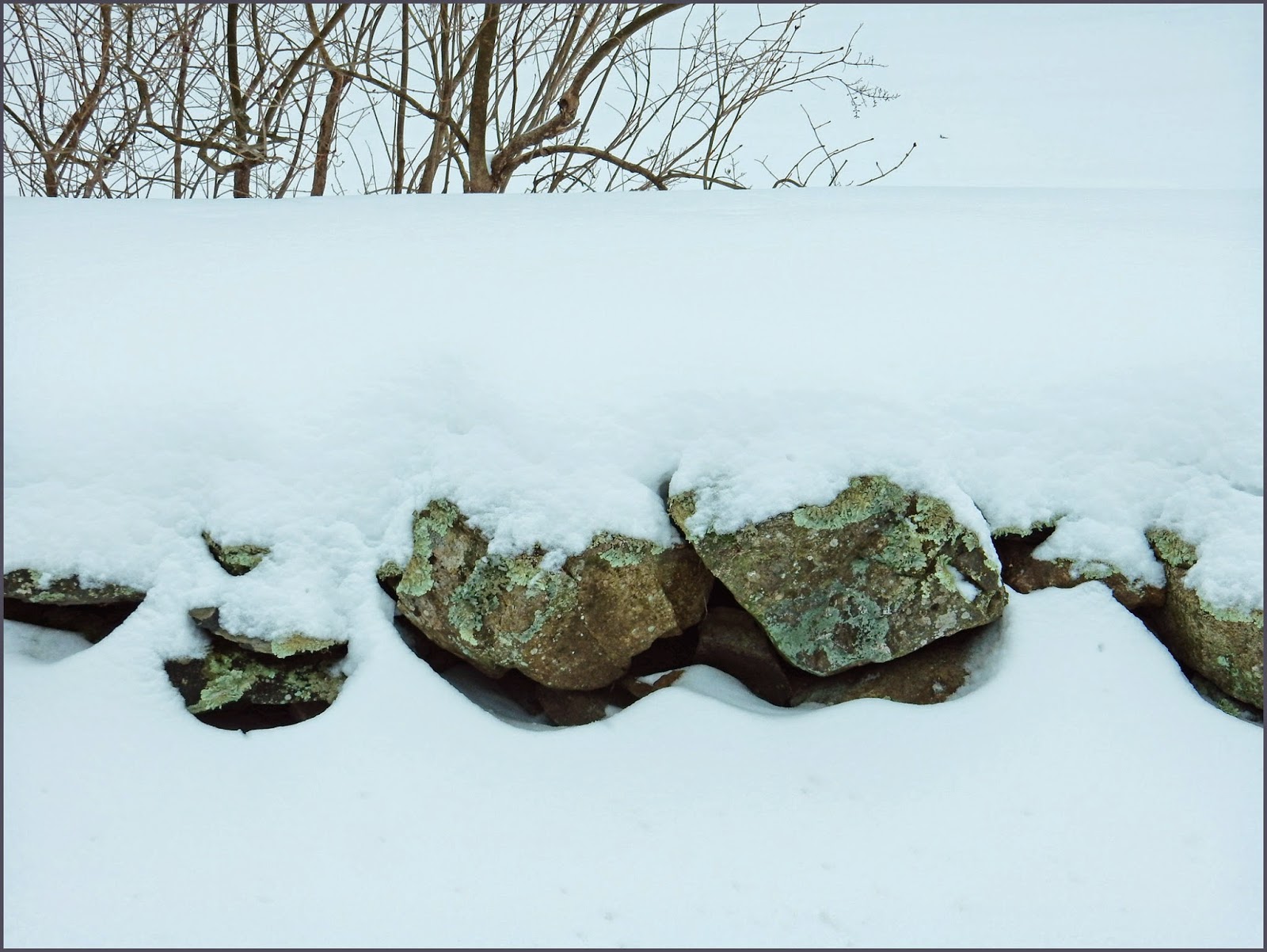 By now you have probably heard about the crazy snowy winter we had. It started with a blizzard on January 23, 19 inches of powdery snow. After that we had 2 or 3 snow storms a week for about 6 weeks, and then went down to a storm a week until the very end of March. My February diary was based on a Paul Klee painting that was all saturated colors blended with black. When I started it on February 1st we had only had 2 snowstorms, and little did I know what was ahead!!!

So by the time March rolled around I decided it would make sense to weave something white for the next month, using a painting by Cy Twombly, "Study for the Presence of a Myth." (above) For April I am using a Miro painting "Peinture." The warm (for April) yellowish color is very hard to capture, so I have created at least 10 different weft blends. This one will be really fun to weave!

Unfortunately I rolled the warp around the loom before getting a picture of the entire diary so far! Here is a photo of most of March and April 1st.

Below is a photo of January, February and part of March, so you can get an idea of what the whole thing might look like now. I took the pictures with my iPad so the colors a bit off (the whites seem to burn out cause of my bright Ott light) 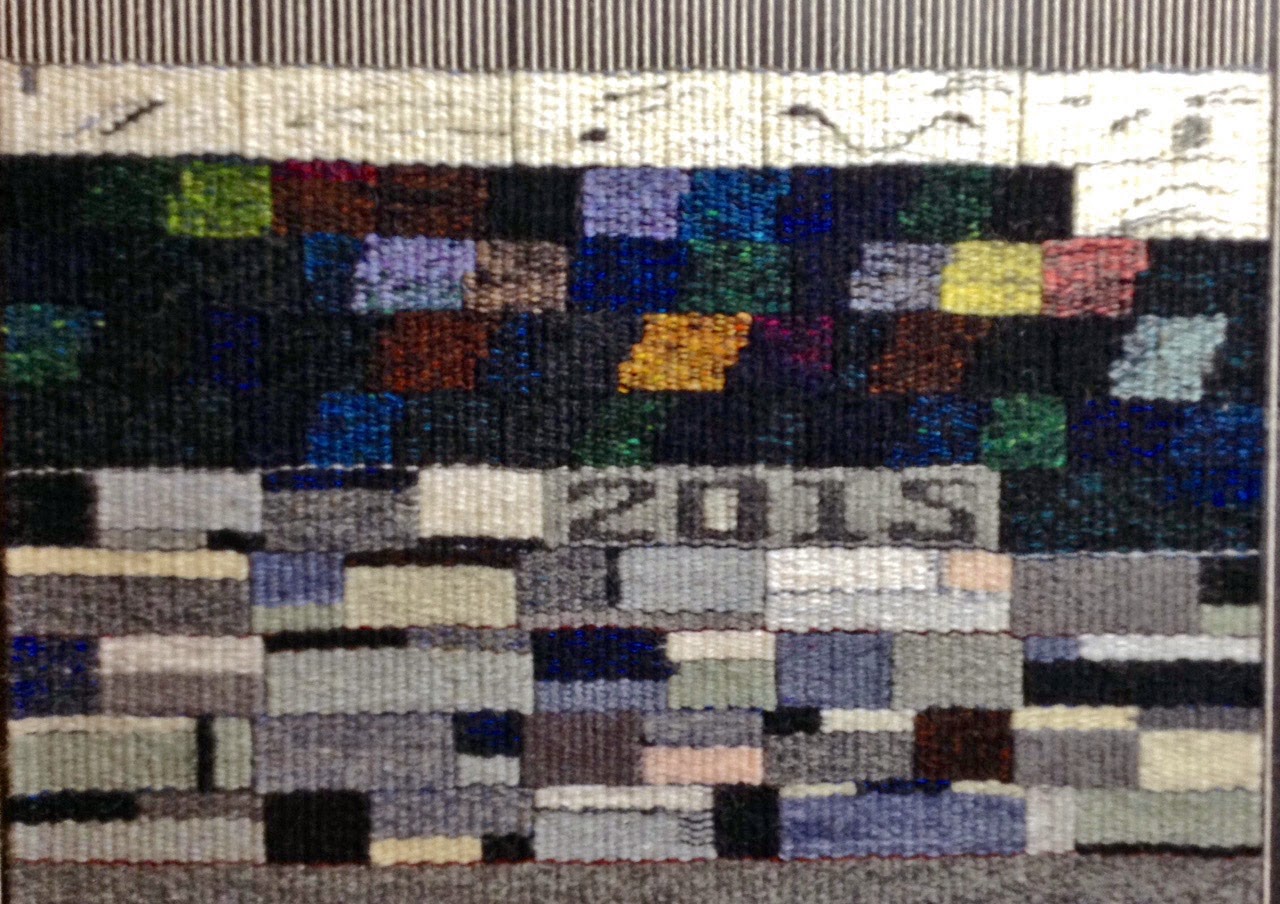 I measured and I am very happy to see that I can fit the entire year on the same warp. Yay! Less finishing!
Posted by Jan at 9:54 PM